It’s only been 7 weeks since Theresa May called the snap General Election, riding high on a wave of public support unseen in a prime minister since the earliest days of Blair. The Tories were polling at an average of 43%, Labour at their lowest point of 25%: a near 20% gap. 7 weeks forth, and the country is wondering where it all went wrong. Labour have seen a polling surge unlike any we have seen in political history, mostly at the expense of the smaller parties. In the last two weeks though, they have also started taking voters from the Tories. The Landslide has likely been halted, but by how much, this we will look at now.

Theresa May will likely continue as Prime Minister, but without the landslide she hoped for. – Daily Mail, 2016.

The Conservatives in 2015 won 37% of the vote and 330 of the 650 seats in the House of Commons, a working majority of the chamber, but a slim one. After Leave won the EU referendum, the Conservatives gained Theresa May as their new leader who then fully backed a hard Brexit. This, alongside the fact that May faced a Corbyn backed Labour party, long unpopular with the centre ground, caused a surge in support. A surge that only grew when Theresa May suddenly called a snap election. One week later the Conservatives were polling at 47% and Labour were on 27%, a 20 point lead that would cause a landslide; a 100 seat majority. Then, things started faltering. Theresa May’s talk of being strong and stable quickly eroded away when people saw how little she wanted to be seen in public, talking to the people and refusing to debate the other party leaders. This was bad enough, but when the manifesto was released, the population were horrified by aspects of it, such as the so called ‘Dementia Tax’ taking money from the inheritance of elderly as a replacement to taxes in their life, plus their restrictions on internet freedom. Jeremy Corbyn has gone from strength to strength and Conservative claims of strength and stability are looking less and less likely by the day. The Conservatives have dropped to 43% in the polls. We are unlikely to see a hung parliament though. British Polling has a history of exaggerating Labour in the polls and people are likely to swing back to Conservatives on Election Day.

Under the previous Labour leader, Ed Miliband, Labour won 232 seats with 31% of the vote. The next leader needed to vastly improve upon this. But when the Labour Party elected Jeremy Corbyn as leader, many believed that it was doomed to ultimate electoral failure. And for the longest time this prediction looked as if it would hold true. But now it seems, Corbyn has finally found his element. If the surge in Labour support, seen in the polls is reflected in reality, it will be revolutionary. It’s hard to even believe that Labour were polling at less than 25% just weeks ago. Now Corbyn is on fire, Labour has shot up to 38% in a month. A staunch defence of the Labour-Conservative marginal constituencies has begun. Labour know that in the past, the polls have never helped them. This is still a battle for their lives.

Will Jeremy Corbyn lead his party to electoral victory? We think its unlikely. – New Statesman, 2015.

It’s fair to say that the Liberal Democrats have utterly blown this election. After being destroyed in the 2015 election and reduced to just 8 seats. Many hoped that the only way was up for the battle scarred Liberals. The Lib Dems though have chosen to be the voice of Remainers; campaigning for a second referendum and for Britain to remain in the Common Market. Unfortunately, it’s a battle that not many want to fight. After polling rose from 8% to 10.5%, the Liberal Democrats have dropped back down to 8.5% and are now looking to defend their constituencies instead of attacking others.

UKIP are likely to come out of this election as an utterly dead political force. UKIP are hurt by the First past the post voting system more than any other party, receiving 12.5% of the vote in the last election yet only one seat. Since then, their big goal; Brexit has been achieved and their new leader; Paul Nuttall has been far less charismatic that his predecessor: Farage. Adding to this, UKIP’s only MP, Douglas Carswell has resigned from the party. UKIP polling is now at 4%, and they are unlikely to win any seats. 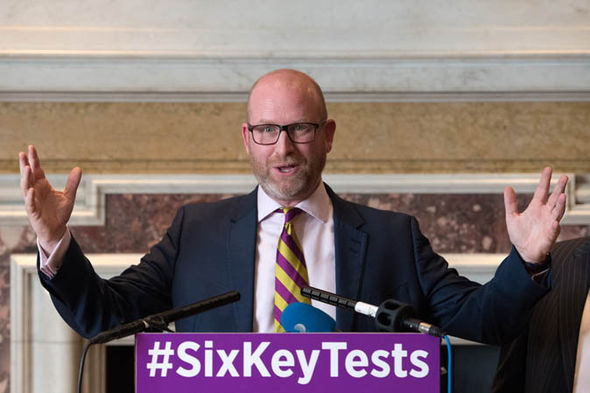 UKIP will likely win no seats and will have to have serious thoughts about their future as a party. – Express, 2017.

The Scottish National Party will probably also see a drop in support from their peak result in 2015, where they took half of the Scottish vote and all but three of the seats. Their loud voices on combatting Brexit and having another vote on Scottish independence have won them deep support but also many enemies. The charismatic Scottish Tory leader: Ruth Davidson has allowed Conservative support to grow to a level not seen in Scotland in decades. The SNP will hold onto their power but will likely lose some seats to all parties.

There is though, only one way of to tell what will truly happen and that is to watch Thursday’s results. Exit polls are released on the BBC at 22:00 British Summer Time and results will be released for all 650 constituencies throughout the night on the BBC and Guardian. Live reaction can be seen on the Alt Left journal Facebook page and Alt-Leftist Empire Facebook Group. Full results will be available the next day. Stay up, or sleep through, we’ll see you on the other side.