Well here it is. The election for the next President of the French Fifth Republic will take place on 7th May between two very different candidates: Emmanuel Macron and Marine Le Pen. Many across the nation and the world have hopes and fears for the results. A Le Pen and Macron victory will yield very different futures. Good or bad? We can only speculate. And that, is what we’re about to do. I asked two of my friends: One a Macron supporter; who shall be known as Ennosuke, and one a Le Pen supporter; known as Landwehr, to comment.

The date is the 7th May, 2019. Two years since Sunday’s result. It’s a rainy Tuesday in Paris and much of the North of the country. A grey dawn breaks in four different realities:

“Certain politicians promise their supporters the moon and then bring them only shadows that dissipate under the harsh light of reality. Not Macron. Thanks to him, Germany and France work hand-in-hand as the pillars of Europe. Macron himself lead the reforms: removing the EU Commission and giving all power to the Parliament and Council, forming the EU central bank; saving the Euro, and the creating a Border Force to control illegal immigration. Brexit is done, Trump has mellowed out and is basically, as suspected, more bark than bite, The populist wave, though still simmering, is defeated for now. France is now the shining example of a wealthy free market social democracy. Sure, the reforms have not been revolutionary, but piece by piece our services and institutions are getting in better shape. The legislative elections have not gone as well as expected, En Marché gained some seats, though not enough, but an alliance with the Mélenchonists is not the worst of things that could have happened, and the alliance against the FN paid off again. France is strong, and getting stronger!” – Ennosuke

“The EU continues its chokehold on the governments of Europe, forcing increasingly hard to swallow globalist policies down the throats of Europeans. Macron is weak; En Marché lost the legislative elections badly, he has no party to back up his reforms, the Assembly is in a state of chaos. All he does is sit as a complacent puppet, paid to nod and push forward anything raised by the EU Commission, unable to raise or even stand for anything of his own beliefs. If he has any besides “keeping the rich on top”, that is. Tax cuts for the rich, he managed to get that one through the Assembly. The PC Media are quick to censor any opposition to “progress and wealth”, and it is unlikely that such vulgar white supremacist Nazis (those skeptical of immigration, the EU, Islam), will ever be able to stand again. Macron made a speech the other day; he said ‘it’s time to start learning to live with terrorism’. We live in fear of an attack every day now. The country I used to love and respect is gone.” –Landwehr 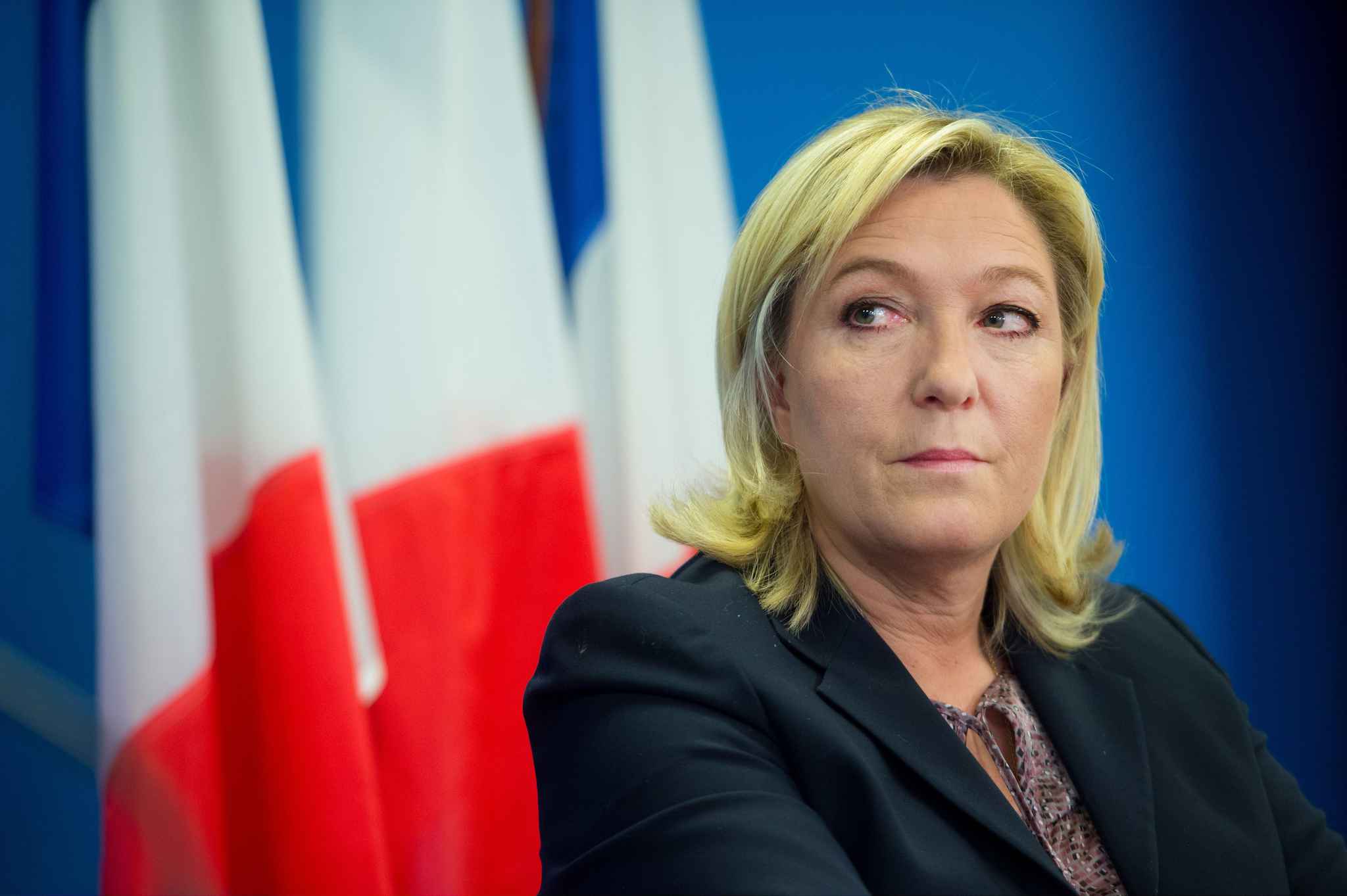 “The people of France had obviously hit their limit. Two years ago we said no more to globalist bureaucrats or disingenuous establishment puppets, and an end to the death march of rampant so called “progressivism”. This is no longer the country that takes attack after attack, affront after affront, with no reaction bar a Facebook filter and tearful posts preaching blind acceptance. This is a country that upholds its identity and pride, the heritage and values of France burning in the hearts of the people, instead of smothered under unopposed EU cultural Marxism. Of course, it will take a long time to truly deal with the mistakes of recent decades, dizzying migrant crime, middle class student “activists” and funded protests, but nothing can stand against a leader and nation with something to fight for, something to lose. Faith schools have been banned, the Muslim community forced to integrate or leave. After leaving the EU our money can go towards better things like our Healthcare, our military, scientific research. There are flags on every street. France is once again a beacon of secularism and democracy.” –Landwehr

“Well the neo-nazis won. Somehow being a banker is now as bad as being a holocaust-denying, homophobic, sexist, religious nut. Hate crime has increased of course, immigration has gone down by half, no-one wants to live here now. So I guess they got what they wanted. The State now has more power than ever, especially police, to stop the “Islamic menace”. We’re not out of Europe yet, but the “Frexit” referendum is looking very close. Because of this, the EU is on the brink of collapse. Many have abandoned the Euro after its fall in Greece and Italy. Russian war games have started taking place on the borders of Finland and Estonia and Turkish on the borders of Greece. Putin and Erdogan are like vultures watching a dying beast. At least Front National policy comes slowly. They have won pretty much no seats in the legislative elections so their actual power is really limited. The pro-FN side keeps talking about how the “establishment” is too corrupt to let “real change” happen, but really when every party unites against you it’s not the “establishment” anymore. The bad side of this? Republican and Socialist opposition to the budget last year caused a recession that we still have not recovered from. Somehow despite the fact that nothing’s improved the voters still believe in Le Pen. Guess ignorance has deep roots.” – Ennosuke

Well, there you go. Four visions of what the future could hold. Though the truth will probably lie somewhere in the middle. If you are French good luck and choose well. The vote will take place Sunday night.